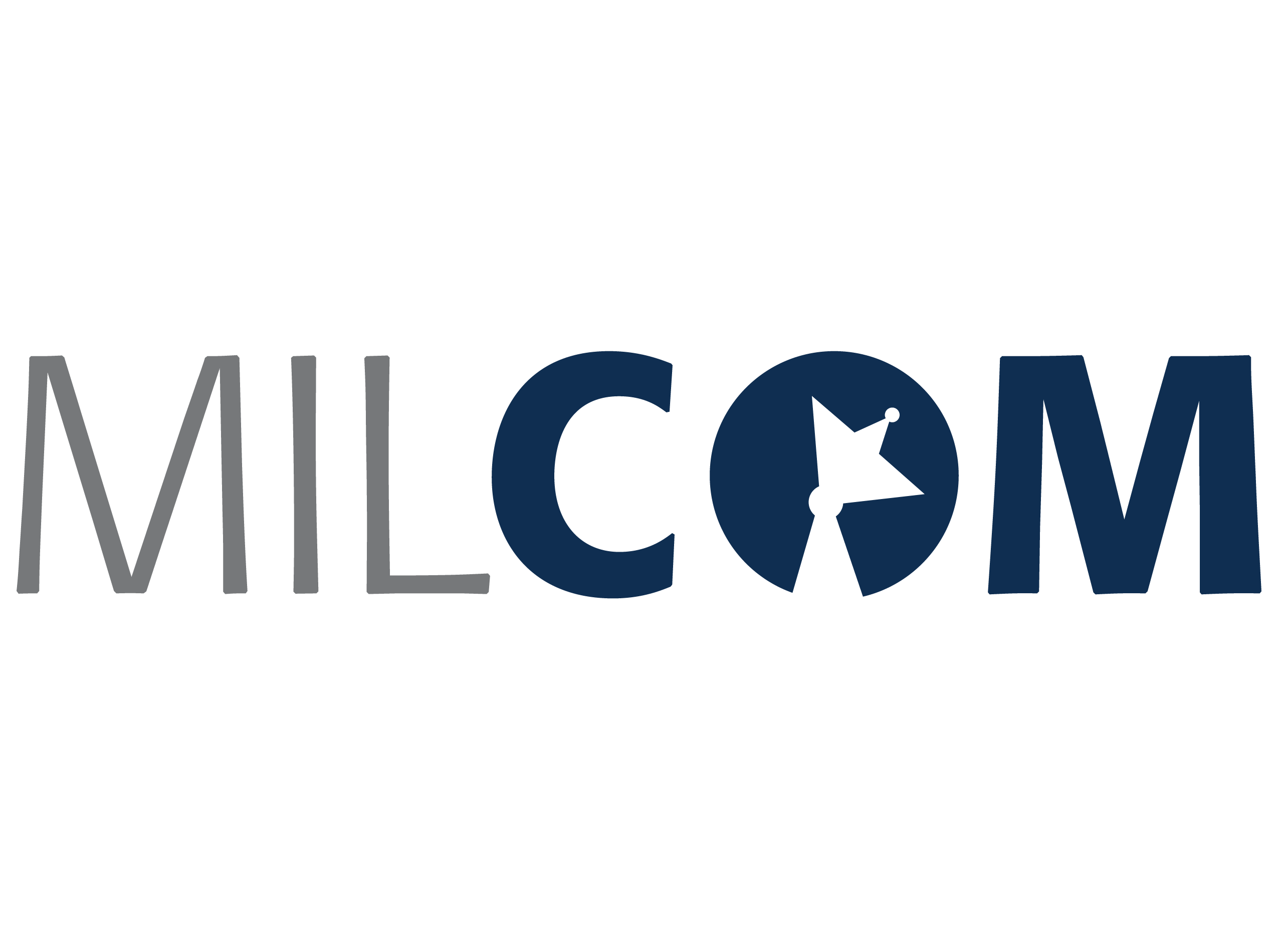 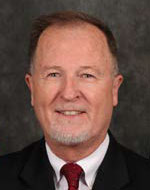 Mr. Paul D. Mann was appointed to the Senior Executive Service (SES) in 2010 and is the Department of the Navy (DON) Chief Engineer (CHENG) within the office of the Deputy Assistant Secretary of the Navy for Research, Development, Test and Engineering. He leads the Navy’s engineering enterprise-wide efforts as a national expert in systems engineering to include development, integration and testing of complex Department of Navy (DON) warfare systems – in support of development, design, construction/fabrication, test and evaluation, operations, and life cycle support of all naval systems. Mr. Mann serves as the on-site technical/programmatic expert for acquisition-related Systems Engineering processes.

Prior to his role as the DON CHENG, Mr. Mann was Division Technical Director for Naval Surface Warfare Center, Port Hueneme Division (NSWC PHD), where he was responsible for the division’s technical capabilities, program planning, technical authority, workforce development, and strategic investments.

During his first SES role, he supported the Under Secretary of Defense for Acquisition, Technology, and Logistics as the Assistant Deputy Director for Land Warfare Portfolio of Major Programs. Prior, he was Joint Program Manager, leading procurement, fielding, and sustainment for the Mine Resistant Ambush Protected (MRAP) Vehicles Program at Marine Corps Systems Command, Quantico, Va. With an eventual of more than $44 billion, MRAP became the highest priority acquisition program in the DoD, successfully delivering more than 27,000 vehicles to two theaters of operation. 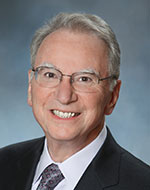 In 1968, Jacobs co-founded Linkabit Corporation, progressing from consulting services to become a major supplier of digital communication equipment for government and industry. It was selected by ARPA (now DARPA) to develop SATNET to extend the ARPANET to Europe.  In 1977, SATNET was one of three networks used in the first live demonstration of the Internet protocol. Industry-first products developed and manufactured by Linkabit included the dual-modem satellite terminal for the Air Force, based on what was later named reduced instruction set processing (RISC), the VideoCipher encrypted satellite-to-home TV system initially for HBO and later industry-wide, and the very-small-aperature satellite terminal (VSAT) business communication system initially for Schlumberger but then commercialized and adopted by Walmart, 7-Eleven, and many gasoline stations for credit card transactions. He sold Linkabit to M/A-Com in 1980, remaining as board member and executive vice-president until April 1985.

With six others from Linkabit, he co-founded Qualcomm July 1, 1985, serving as Chairman and CEO until retiring as CEO in 2005 and Chairman in 2008. Under his leadership, Qualcomm pioneered CDMA technology for the cellular industry, first commercially deployed in Hong Kong in 1995 and in South Korea and the United States in 1996. These second generation (2G) networks initially utilized handsets manufactured in San Diego by Qualcomm. Because CDMA supports efficient voice and mobile wideband internet access, it became the underlying technology for all third-generation (3G) cellular networks, serving billions of subscribers. Qualcomm led the industry in the transition to fourth generation (4G) LTE and now is leading the transition to fifth generation (5G).  It licenses its technology worldwide and is among the largest suppliers to global manufacturers of integrated circuits for mobile devices.

Jacobs is a member and past chairman of the National Academy of Engineering, a member of the American Academy of Arts and Sciences, the American Philosophical Society, the National Inventors Hall of Fame, and a Fellow of the IEEE, American Association for the Advancement of Science, and the Computer History Museum. From 2006 to 2016, he was Board Chair of the Salk Institute for Biological Studies and for 10 years served on the Advisory Board of the School of Economics and Management at Tsinghua University in Beijing.

Jacobs has received many awards and honors, including the National Medal of Technology (1994), the James Clerk Maxwell Award, the IEEE Alexander Graham Bell Medal Award, the Dorothy I. Height Chair’s Award, of the Leadership Council on Civil Rights, the Franklin Institute Bower Award for Business Leadership, the Marconi Prize, the IEEE Medal of Honor, the Carnegie Medal of Philanthropy with his wife Joan, and the IMEC Lifetime of Innovation Award.  He is the recipient of 10 honorary doctorates and delivered the 2005 commencement address at MIT.

Dr. Jacobs and his wife Joan are active philanthropists and founding signers of the Giving Pledge.  They have provided major support to the UC San Diego Jacobs School of Engineering, the UCSD Jacobs Medical Center, the Jacobs Technion-Cornell Innovation Institute, the San Diego Symphony, the San Diego Central Library, the Jacobs-Cushman Food Bank, the High Tech High Charter School System, and the Jacobs Institute for Innovation in Education at the University of San Diego. They annually support fellowships and scholarships for students at UCSD, Cornell, MIT, the Technion, and three New Bedford High Schools. 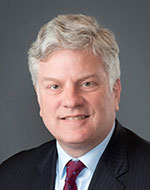 Dr. Steven H. Walker is Vice President and Chief Technology Officer of the Lockheed Martin Corporation, where he is responsible for the company technology strategy, global research, mission development, and emerging operations technologies. He assumed the role in January 2020, and under his direction the organization is shaping the next era of operational capability and innovation for Lockheed Martin. As the primary liaison to the US and international science and technology community, he manages strategic partnerships with government, industry, and academia to ensure the maturation and deployment of cutting-edge technologies. Prior to joining Lockheed Martin, Dr. Walker was the Director of the Defense Advanced Research Projects Agency (DARPA) where he was responsible for driving development of emerging technologies for use by the military. Throughout his 30+ years in government, he also served in a variety of increasingly responsible positions as DARPA’s Deputy Director and Deputy Assistant Secretary of the Air Force for Science, Technology and Engineering. In the later role he was responsible for developing the technology investment strategy for the Air Force's annual $2 billion science and technology program and for providing functional management of more than 14,000 military and civilian scientists and engineers. Dr. Walker is a Fellow of the American Institute of Aeronautics and Astronautics and a Senior Member of the Institute of Electrical and Electronics Engineers. He received the AIAA Hap Arnold Award for Excellence in Aeronautical Management in 2014. He has also been awarded the Presidential Rank Award, the Air Force Meritorious Civilian Service medal, and the DoD Exceptional, Meritorious, and Distinguished Civilian Service medals. In February 2020, Dr. Walker was elected as a Member of the National Academy of Engineering. He holds a Ph.D. and B.S. in aerospace engineering from the University of Notre Dame, and an M.S. in mechanical engineering from the University of Dayton.

Thank you to our sponsors