The attendance restrictions make this portion of the program appropriate for material that is For Official Use Only (FOUO) or export controlled.

Accepted papers will be presented at the MILCOM conference and will be provided to DTIC for distribution after the conference. Proceedings will NOT be available for the Restricted Access Program.

For attendees with security clearances:

Submit certification number or CAGE code to milcomvisits.mailbox@aero.org
DD2345 submitters will be required to show proof of U.S. citizenship (or unexpired US permanent residency) at conference.

Deadline for submittal is 11/15/21. No clearances will be processed on site.

Secure Data Sharing at the Tactical Edge: The Intersection of Technology and Operations

Dr. Mary R. Schurgot joined DARPA in 2020 as a program manager in the Strategic Technology Office (STO). Her research interests include secure and efficient data sharing, automated decision aids, and the design of new networking and communication paradigms. Prior to DARPA, Schurgot was technical director of machine learning and edge capabilities at CACI where she developed and led programs at the intersection of analytics, cyber, and networking. She has served as principal investigator and technical lead for DARPA programs and transition efforts.  Schurgot earned her bachelors, masters, and doctorate degrees in electrical engineering from Stevens Institute of Technology.

Mr. Christopher Foster is a Research Director at Two Six Technologies, focused on the research, development, and transition of capabilities in the areas of mobile security and data privacy. Foster is the Principal Investigator for multiple DoD programs centered on developing scalable, secure communications systems. He has over twenty years of experience developing advanced technology across a diverse set of technical areas, including geophysical sensor systems, GPS-denied positioning, navigation, and timing (PNT), and special communications. Foster earned his Bachelor’s and Master’s degrees, both in Electrical and Computer Engineering, from Cornell University.

Dr. Tamer Refaei is a Senior Principal Scientist at the MITRE Corporation. Refaei received his Ph.D. in Computer Engineering from Virginia Polytechnic Institute in 2007.  He served as the Principal Investigator for a number of MITRE funded research projects which investigated the application of Named Data Networks in tactical communication environments.

MAJ Patrick Franks received his commission from Mississippi State University in 2009 as an Infantry Officer.  As a lieutenant, he served as a rifle platoon leader, company executive officer, and Assistant S-3 in 10th Mountain Division. After the Signal Captain’s Career Course, he served as the NETOPS Officer, 58th Signal Company Commander, and Brigade Future Plans Officer in 101st Airborne Division.  In 2018, CPT Franks was selected to serve Rangers as Deputy Regimental S-6 in 75th Ranger Regiment.  After promotion to Major, he attended the Air Command and Staff College and completed their Joint All-Domain Strategist curriculum. MAJ Franks was selected to serve Rangers again as the Regimental S-6 in the 75th Ranger Regiment.

Mr. Mathew Cotner has 15 years of experience designing and implementing IT solutions for the 75th Ranger Regiment. His career with the 75th started when he volunteered to serve in the Ranger Regiment as an enlisted soldier. Mr. Cotner has configured and developed communication solutions across the full spectrum of the 75th's use case. For the last ten years he has served as the 75th's Senior Systems Engineer. Mr. Cotner has been directly working on the issues of IT security on the battlefield, all domain interoperability, and network resilience.

Mr. Donald L. Coulter serves as the Senior Science and Technology (S&T) Advisor to the Army Network Cross-Functional Team (N-CFT) within Army Futures Command.  The N-CFT is responsible for driving requirements and transitions to enable reliable communications across all domains.  In his role as Senior S&T Advisor, Coulter identifies technologies and capabilities to address challenges to the tactical network.  Coulter received his B.S. in computer science from Bethune-Cookman University, M.S. in business administration from Texas A&M University-Texarkana, and M.S. in computer science from Stevens Institute of Technology.

The intention is for this panel to be held in the restricted access session at the CUI level.

Thank you to our sponsors 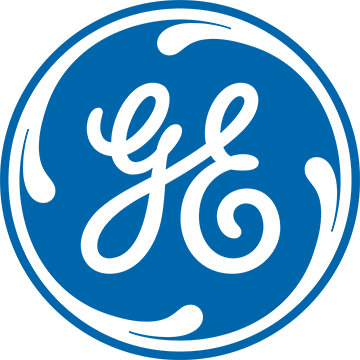